As I started to think about what to write tonight, I had this thought about how it all might have started. I’m going to give you a quick trip back to the 70’s. Don’t worry. There won’t be any funky music or bad perms. This is just a fun look back at how I started at what would eventually become my life long career in the food service industry as a chef.

When I was quite small sometime back in the 70’s, my dad built my 2 brothers and two sisters as well as myself a sand box. It was a good-sized sand box so that at least three of us could play in it at the same time. I have to admit, when there were three of us at the same time, it never ended well. Most of the time I would wait them all out and have the box to myself. One day I decided to mix some sand with water and “bake” them in the sun on the ledge of the box. I got them to the point where I could flip them over like a pancake. This was pretty cool. I started to experiment with different textures to see which types of sand (which was all gluten free by the way) would work best. This really happened. At my young age, I suddenly had created my own “job” everyday and my lab was my sandbox. Lucky for me we didn’t have cats so “sand castles” were not a problem until later when our neighbor started harboring cats. Then and only then their cats became a work hazard. Anyway, Everyday I knew if the sun was shining, the office was open. On rainy days, I would sit in my room and sob. I just wanted to go outside and play.

Little by little, utensils would be missing from the kitchen, the spatulas, the strainers and eventually a cookie sheet. Finally my dad took a walk outside and would retrieve his kitchen tools (which were really mine by then because possession is nine-tenths of the law). Not in dad’s court.

He decided one day to get me an Easy Bake Oven. It might have been Christmas time. The first time I think I went through all of the mixes in about one hour. I was a master. I already learned about textures in my own sand lab. Now I had to learn to read directions and follow them. To this day if I had the internet back then, I would have sent them an e-mail to tell them they needed to adjust the textures. I would go outside and pick fresh native blueberries and put them in everything. I have to say “Bless my father”. He was a real sport. Dad worked two jobs and every time he would come home and try to take a quick nap, I was knocking on his door to give him another treat. He ate every one of them. I was on to something.

One day I ran out of mixes and went through the cabinets to look for anything I could bake. Ah, a box of jello? Certainly I could make this work. I mixed the jello and put it in the little two-inch pan and gently slid it into the oven. It took about 1 minute and suddenly it sort of exploded and covered the light bulb. What a let down. First I thought I failed and would never be able to bake again. Then I had a young person’s panic attack and thought it was back to the sand box. Lightbulbs! In the hall closet! I was back in business.

When I was out of mixes, I would try pancake mix. At this point, I was more interested in the science about what I was making than the actual recipe. That would all fall into place when the time was right. It wasn’t all about the taste but the textures.

Fast forward some 30 or so years, this is how I bake today. I taught college level culinary arts for about 8 years. I couldn’t take them all outside to play in a sand box to play with different sands so I created different types of flour to see how well they could come up with the right combination of flour and water. Just as I had done in my sand lab. I teach people that recognizing what the batter looks like is as important as how it will taste. If the texture isn’t right, the outcome won’t be either. Just ask the jello. 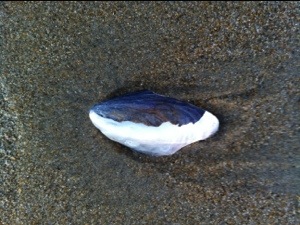 Hello and thankyou for visiting my food page. I am a private plantbased certified chef that just happens to be in the process of finishing my first book. I've been in this industry for over 30 years. I'm here to show you how important the healing powers of food can be. From creating the idea to choosing the ingredients and finally the preparation both physically and mentally as well as spiritually.From start to finish, what you put into food is what others will receive. Food, the power of love and healing.

2 thoughts on “How it all started…In my sand box”